Brussels, 5 February – On the occasion of its Annual Reception in Brussels, the European Automobile Manufacturers’ Association (ACEA) yesterday set out its forecast for 2015 and released last year’s registration figures for electric vehicles.

Last year, new passenger car registrations were up 5.7% on the previous year, reaching 12.6 million units. “This is significant because it was the EU’s first positive annual result since the financial crisis began in 2007, with December marking the 16th consecutive month of growth,” said ACEA President, Carlos Ghosn. “However, our optimism about this early sign of recovery must be tempered with caution, given the economic uncertainties still facing many countries.”

ACEA expects growth to continue in 2015, but at a considerably slower pace, with a year-on-year forecast in the region of 2%. In terms of units, this would mean edging closer to the 13 million units mark.

ACEA also released the provisional 2014 sales figures for all types of Electrically Chargeable Vehicles (ECVs). Last year 75,331 ECVs were registered in the EU. Although this is up 37% on the 2013 figure of 55,142, it still represents just 0.6% of the total market. ACEA Secretary General Erik Jonnaert commented: “ACEA’s members will continue to invest in alternative powertrains, including electric, hybrid, fuel-cell and natural gas-powered vehicles. This needs to be supported by the expansion of the charging infrastructure, as well as a more consistent EU-wide approach to customer incentives.”

ACEA is also taking the opportunity of its Annual Reception to re-iterate its three policy recommendations:

To drive innovation;
To foster growth through international trade; and
To build a supportive regulatory framework.
“These are the three keys to building upon the fresh growth in our automobile market, and to supporting the political agenda for jobs, growth and investment,” stated Mr Ghosn.

Facts about the EU automobile industry

Some 12.7 million people – or 5% of the EU employed population – work in the sector.
The 3 million jobs in automotive manufacturing represent 10.3% of EU’s manufacturing employment.
Motor vehicles account for €388 billion in tax contribution in the EU15.
The sector is also a key driver of knowledge and innovation, representing Europe’s largest private contributor to R&D, with €32.3 billion invested annually.
The automotive sector contributes significantly to the EU trade balance with a €95 billion surplus.

One thought on “Auto industry cautiously optimistic for 2015” 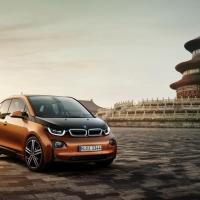