Barcelona, February 14, 2018.- The era of the overloaded car transporter in China – the ‘aircraft carriers’, as some have referred to them – is entering its final stages this year. After more than a decade of growing lengths and dangerous loads, the country’s highways are set to see improvements in safety and standards, with carmakers and logistics providers facing transport capacity shortages, while makers of equipment eye a range of new opportunities.

The introduction of regulation 1589 (2016) on trailer dimensions, which replaces 1589 (2004), is being implemented in two phases. The first phase, which began in September 2016 and runs to June 2018, eliminates car transporters with double rows pulled by a single central tractor. These were technically illegal, but enforcement was sparse and the fines did not outweigh the economic benefits of the high load factors. Those units were able to load anything up to 24 passenger cars, though it was not unknown to see loads in excess of 30 cars. However, sources say that most were between 12 and 16 passenger vehicles.

Only single-row carriers can now operate legally, and limitations on the length of those are being phased in at the moment, although they typically carry 12 vehicles. The next phase of the regulation will seek to eliminate outsized carriers, which will result in a loss per transporter of between three and five units.

According to the China Federation of Logistics and Purchasing, around 80% of passenger cars are moved by truck in China and there are at least 30,000 carriers on the country’s roads, many of which are over the new legal limits. The enforcement of the regulation threatens a shortfall in capacity, and finished vehicle logistics providers are looking for new equipment from both domestic makers and those from overseas.

The new rules limit semi-trailer equipment to a length of 13.75 metres (excluding the truck pulling it). The maximum permissible width of a trailer will be 2.6 metres and maximum height 4 metres. The height restriction brings its own problems because loaded trucks tend to be nearer 4.4 metres. Speaking at the Automotive Logistics China conference last April, Bo Shiju, founder and chairman of domestic third-party logistics provider, Beijing Changjiu Logistics, said it was more realistic to make the height limit 4.5 metres.

More pressing, however, is the length limit on semi-trailers. Given the restriction on capacity, the car carrier sector in China is now far more likely to embrace centre-axle trailers, which will have a limit of 22 metres under the regulations.

“Chinese auto transporters are all gravitating towards the centre-axle system simply because it can transport more units and the overall length allowance for the truck trailer will accommodate three more vehicles over a semi-trailer system,” confirms Bill Pawluk, chief executive of Convertible Concepts Corporation (CCC), which engineers trailer equipment that can change between carrying vehicles and general cargo. “China will no longer use the semi-trailer system because the regulation is much too restricting and they can only transport around six vehicles versus the nine that can be carried on the centre-axle system.”

That has put the main focus, for the majority of transporter equipment makers in China, on developing and supplying centre-axle-steered systems, though semi-trailers could still be used for short-haul routes and where road size and accessibility are problems, especially during the winter months. Pawluk estimates that the centre-axle equipment will represent 90% or more of the vehicle carrier market.

The biggest investments are now being made by domestic trailer manufacturers. Some will be modifying existing equipment to fit standards but with the move to centre-axle trailers, many are building brand new carriers. Among them is the trailer manufacturing division of Beijing Changjiu. The company’s largest facility in the city of Chuzhou, in Anhui province, has the capacity to make 6,000 transporter units per year and is one of the biggest in the world for specialised car-carrying equipment. The company is now making centre-axle trailers capable of carrying 8-11 units, depending on the type of car. According to sources, the company has secured an order for 1,100 of its 8353TCL units from one customer.

Changjiu also has equipment manufacturing plants in Jilin and Hebei provinces, each with an annual capacity of 2,000 units. Executives from the company were not available for comment at the time of going to press.

Overseas firms are also increasingly interested in the car carrier equipment sector in China as the government implements the new regulations. French equipment maker Lohr, for example, already has factories in China, and established a new company with a plant in Wuxi in the middle of 2017, from which it rolled out a prototype of the equipment it will be making and intends to sell from June.

According to Wei Zhang, general manager for Lohr Wuxi, the plant has an 11,000 sq.m workshop and will have an annual production capacity of 1,000 articulated car carrier units, which will comply with the new regulations. Wei says Lohr is currently busy preparing the plant for full production, including the purchasing of equipment and applying for a production licence.

As well as Lohr, there are rumours that other equipment makers from Europe and the US are also interested in setting up production facilities in China. However, there may be problems for smaller manufacturers who do not have experience in the country, or who lack local partners and the designs and infrastructure to meet the regulatory changes.

One company that has recently entered the market is Australian equipment maker Transmech, which has established a joint venture with local company Huang Hai Special Vehicle Equipment.

Scott Hilditch, chief executive of Transmech, says the quality of workmanship on Huang Hai’s existing product line-up, as well as its commitment to existing customers and to expanding its portfolio, made it of interest to the Australian company, which has brought new ideas, based on its equipment at home, to China.

Hilditch reckons there are advantages to being an Australian producer in China thanks to the country’s unique car-carrying equipment. “We strongly feel that Transmech’s 35 years in designing and building vehicle logistics equipment within Australia is an advantage,” he says. “Australia has some of the longest and most rugged roads in the world that our trailer designs travel on. Constant changes with centre of gravity, extreme heat and heavily cambered highways have been a good proving ground.”

Transmech makes car-carrying equipment as well as containers designed specifically for enclosed vehicle shipments, and has introduced its 40ft HC Car-Tainer to the Chinese market.

International and new firms in China face a variety of hurdles. Getting equipment approved by Chinese regulators, for example, is a careful balance given the demands of the market and the conditions on the roads in some parts of China. Hilditch says that maximum tare weight (the weight of an unloaded vehicle) is the real challenge, as a producer needs to keep the trailers as light as possible without sacrificing strength, requiring a high degree of engineering.

“A vehicle logistics hauler needs to be able to breathe and flex with the road conditions and changing centres of gravity. In a sense, we look at our trailers as living things,” says Hilditch.

Another challenge, he notes, is that new designs can only be submitted for approval by authorities on one day per month, and changes are also often made by regulators prior to approval.

Looking at the scale on which Beijing Changjiu’s plant in Chuzhou is already operating in adherence with the new regulations, the competition will be fierce. The plant has the capacity to make 25 units a day, while other, smaller facilities are more likely to be making two units a day. It all comes down to how many people you are employing on the job, according to Bill Pawluk, who estimates that it takes 800-1,000 man-hours to build one piece of trailer equipment. As with any manufacturer, plant layout and tooling also play a big role in trailer-making. Given its relatively small scale, investments can be difficult for manufacturers as they often lack scale, adds Pawluk.

Despite the need to increase production to meet demand, Hilditch says that getting equipment to the customer faster cannot be at the cost of quality.

“We will supply each client with their order in a timely fashion,” says Hilditch. “We completely understand the urgency of getting equipment on the road [but] committing to quick deliveries or rushing orders for the sake of supplying volume will only cause poor quality units and possible downtime for our clients. We build equipment to last.”

Pawluk agrees that being a producer on the Chinese market also requires a level of patience if quality is not to be compromised.

“We believe that we need to be patient and careful how we enter the Chinese marketplace,” he says. “We want to work with proactive and future-minded companies that embrace innovation and holistic thinking. There are good people out there and we are fully confident that CTM [Convertible Trailer Manufacturing, one division of CCC] has a very bright future in China and other Asian markets.”

Pawluk acknowledges there is also an ongoing increase in alternative modes in China, including rail and short-sea, to improve efficiencies and address capacity constraints because of possible delivery shortages caused by the implementation of the new GB1589 standard. However, he sees the potential to tackle the “colossal waste” happening on a daily basis through the use of equipment that can serve several functions.

Whether that impetus is enough to encourage investment and further expansion for companies, such as CCC and other newcomers, remains to be seen. However, there is little doubt that the Chinese car carrier sector is set for a busy 2018. 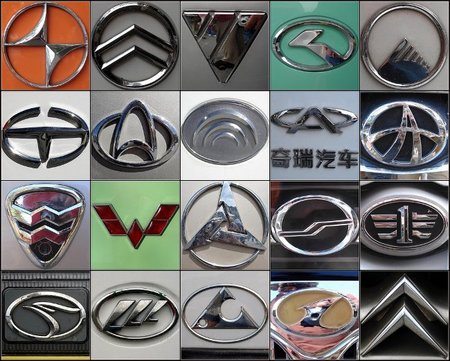 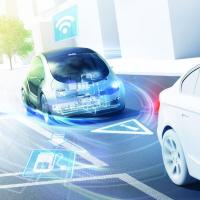 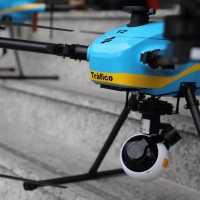 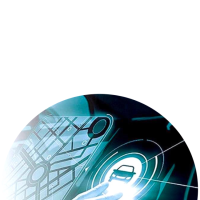