Barcelona, 27 July 2016 – Europe’s leading trade associations for the telecommunications and the automotive sectors announced today that they intend to launch a large-scale, pre-deployment project to test connected and automated driving at the EU level. The foundations of the project were outlined today at a meeting in Brussels, which was hosted by Günther H. Oettinger – European Commissioner for the Digital Economy and Society. The main objective is to strengthen Europe’s leadership in connected and automated driving, by accelerating the EU-wide deployment of related key technologies.

The industry-led project will focus on use cases and test functionalities in three main areas: automated driving, road safety and traffic efficiency, and the digitalisation of transports and logistics. Functions that are being considered include high density platooning, cooperative collision avoidance, remote control parking, local-hazard warnings and traffic flow optimisation. High definition maps will be updated with a fast connection to the internet on phone or other mobile devices.

Connectivity at the core

The works, which are expected to start in 2017, will include two main phases. A first phase, to run until 2019, will feature tests on available communication technologies, such as LTE – Long-Term Evolution – (4G) technology. A second phase, to run until 2021, will be based on both 4G and 5G technologies, bearing in mind that different functionalities have different network requirements.

The project will also look at a series of crucial requirements to ensure that connected and automated driving results in a safer, more efficient and ultimately richer user experience. For this reason, aspects such as safety, cyber-security and protection of personal data, quality of service and network latency, will be prioritised and addressed during the different use cases and functionalities’ testing. 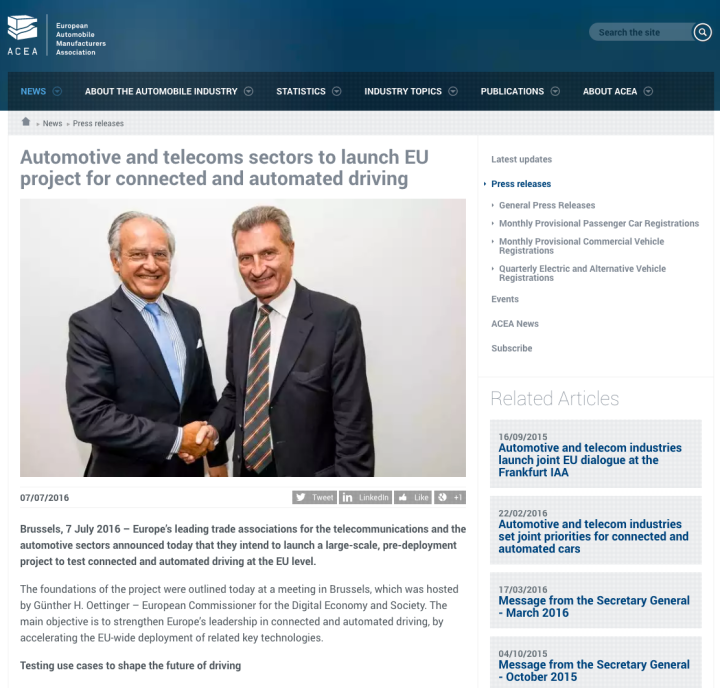 The European dimension is one of the goals of this project and will be run through a consortium of European companies from both the telecoms and the automotive sector. Use cases will be operated across several EU countries and will set the scene for future standardisation activities. This consortium, which will be set up later this year, will define the exact scope of the project and start talks with EU and national authorities regarding possible co-financing.

More specifically, trials will focus on addressing cross-border challenges such as the lack of harmonised spectrum, seamless network handover of vehicles at borders and open road infrastructure data. The trials will build on existing national projects and use their infrastructure where possible.

About the EU automobile industry 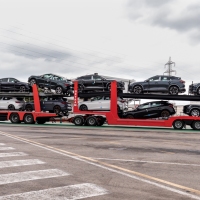 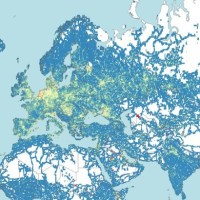 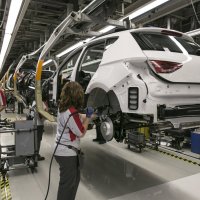