Barcelona, March 26, 2018.- The autonomous car revolution starts in 2019. At least for manufacturers like General Motors. And we say revolution because they predict that we will reach the end of the car acquisition era, for a new era in which the autonomous car will be a service. The mobility in the car will be by needs, not by the property of the same. While this is confirmed, the publications The Drive and The Verge have advanced the next steps of General Motors.

General Motors has been pouring investment into autonomous vehicles, helped by the Cruise Automation start-up, which it absorbed in 2016. Cruise Automation operates modified Chevy Bolt EVs, renamed the Cruise AV, which it hopes will be the subject of an exemption to allow its use on public roads as current Department of Transportation regulations forbid the use of vehicles without manual controls on municipally-owned roads.

Though no news about GM being greenlit for operation of autonomous vehicles has surfaced, GM has stated a belief that its vehicle will satisfy policymakers, and on Thursday, it declared that the Cruise AV would enter production in 2019 at the company’s Orion Township facility in Michigan, where the Bolt EV and Sonic are built. The Cruise AV will have a dedicated assembly line at the plant, where the LIDAR modules, built at the Brownstown plant, will be integrated. GM has approved of $100 million in improvements to both locations.

“We’re continuing to make great progress on our plans to commercialize in 2019,” stated Dan Ammann, president of General Motors, “our Orion and Brownstown teams have proven experience in building high-quality self-driving test vehicles and battery packs, so they are well-prepared to produce the Cruise AV.”

The Cruise AV will not be sold at dealerships as its production will be dedicated to commercial operations, as defined for The Drive by GM’s Patrick Sullivan who’s in charge of autonomous technology communications for the company.

“We will launch the Cruise AV in a ridesharing environment where the vehicles can be managed in a fleet,” stated Sullivan. Launch markets for the Cruise AV and associated mobility services are not yet known, but Waymo-friendly California and Arizona are considered likely candidates.

There are some standout elements in the announcement, such as GM’s argument as to why its testing in San Francisco is exponentially more important than its suburban testing. (Emphasis ours.)

While we also test vehicles in Phoenix, our San Francisco vehicles predict an average of 32 times as many possible interactions as those in Phoenix. Thus, San Francisco challenges our self-driving system more because, as the number of objects increase, there are exponentially more possible interactions with objects that the self- driving system must consider.

The safety report excludes certain information, like the the number of times that human safety drivers were forced to take control of their driverless vehicles, or the number of accidents in which GM’s cars were involved. (Cruise Automation, GM’s self-driving unit, told California regulators that its cars were in six crashes in September 2017 alone. Under state law, companies with a license to test autonomous vehicles are required to disclose all accidents, even when they are not at fault.)

Speaking of accidents, GM has not one, but two data recorders in each of its autonomous vehicles to store and protect information in the event of a crash. The collected data includes information from the car’s sensors, vehicle actions, and any malfunctions that occur. Like a black box recorder on an airplane, the data logging machine is designed to withstand catastrophic accidents.

The report and the announcement about GM’s first fully driverless vehicle is sure to impress investors, which have been bullish on the company thanks to its unique ability to scale its product. The automaker has been on a buying spree, acquiring both Cruise and LIDAR startup Strobe to help it become a “full-stack” autonomous car company. It also plans to roll out at least 20 new electric cars by 2023, a goal that puts it in a position to bring battery-powered driving to the mainstream.

Ammann says its what gives GM a leg up over its rivals. “We believe this technology will change the world,” he said. “And we’re doing everything we can to get it out there at scale as fast as we can.” 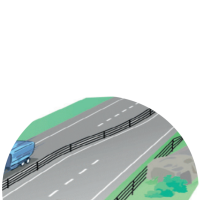 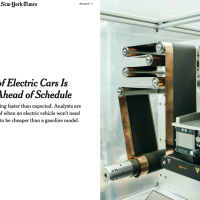 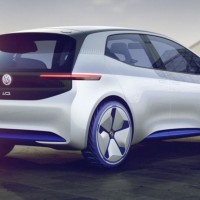